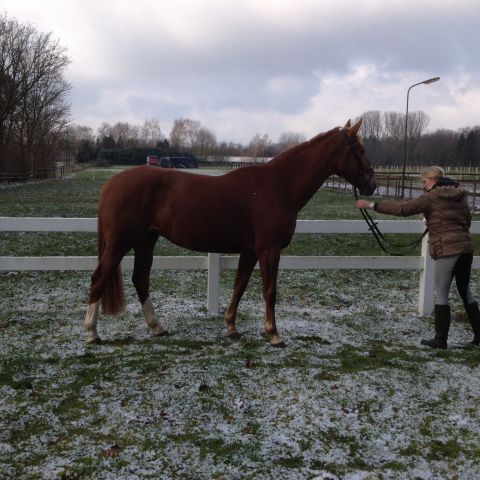 Zazou is a tall mare by the infamous For Pleasure backed up by Quidam De Revel. She is jointly owned by ourselves and Aredis Sportshorses with the aim of breeding world class jumpers.

She herself has been used in a training yard to train jumping trainers and riders at a high level. She has produced a few foals via ET with Bob St Clar 2008 by Linton who is now currently competing at 1.40- 1.45. Her dam competed up to 1.35 and her grand dam competed at 1.60 with Peter and Helena Weinburg. Her dam has also produced the horse Whisper HE by Corland who is competing at 1.60 level.

This damline has produced a couple of approved stallions and numerous sports horses competing at top level jumping and dressage. With such a strong damline and alredy a producer we look forward to her foals.

She had a colt foal by Diamant de Semilly (sold) and a filly via ET by Aganix du Seigneur in 2018.

Needs no introduction as a sire as he competed himself Internationaly and now has over 70 approved sons and 85 offspring jumping at 1.60 and is one of the leading sires.

Zazou's dam, O Farina competed up to 1.35 level and gaining her Sport predicate with the KWPN. She then produced Zazou via ET and Whisper HE by Corland who is currently competing at 1.60 with Chilean rider Jorge Matte Capdevila.

Her grand Dam Furina competed at 1.60 level with Peter and Helena Weinburg. 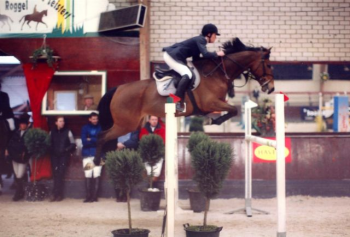 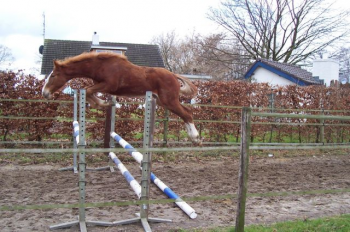 Please click here or image above for full image gallery